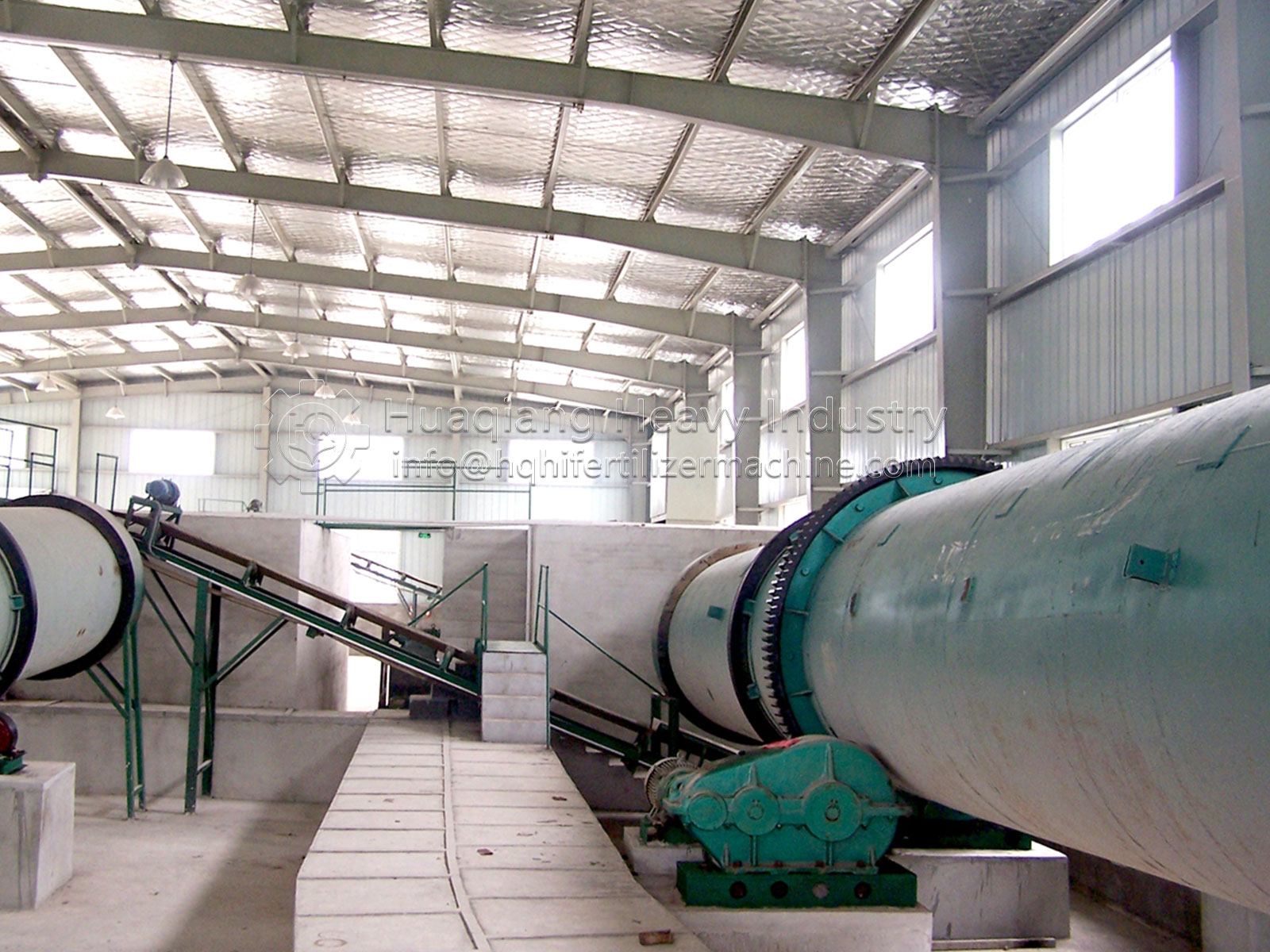 Fermentation of rotten chicken manure after conveyor into mill grinding fineness of 80 mesh material accounted for more than 65%, by a conveyor belt into organic raw materials warehouse, after the electronic measurement and other raw materials (NPK) with access to the raw materials mill for secondary crushing and mixing, crushing by belt conveyer into good material mixing drum granulation, within the drum granulator, material in the case of adding water and steam, raw material temperature promoted, viscous material itself is triggered.
Under the continuous rolling of drum granulator, material gradually roll into a ball, and out at the end of the granulator by belt conveyor to the granulating disc, within the range of granulating disc big obliquity, long-distance granulation, particles is up to the high constantly, constantly rolled under the gravity, the cycle, the particle's strength is further strengthen, particle appearance more round, as the granulating disc particles increases gradually. The npk fertilizer manufacturing process is very similar to the Jordan organic fertilizer production line.