Urea is a kind of main fertilizer commonly used in agricultural production, which plays an important role. However, due to its side effects, the effect of further granulation by fertilizer production machine is better. 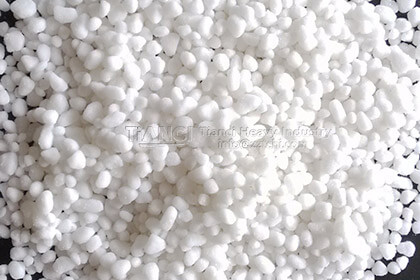 3. Water pollution. Livestock and poultry feces are highly leachable, and the protein, fatty acid and other putrefying organic matters in the feces are easily dissolved in water, which worsens the water source environment. Once the putrefaction organic matter enters the water body, it will release nitrogen, phosphorus and other substances, and cause water quality eutrophication; if it seeps into the ground, it will make the pathogenic bacteria of groundwater exceed the standard, and create conditions for the outbreak of livestock and poultry epidemic.
According to the characteristics of urea fertilizer, we suggest that the fertilizer plant should use urea as raw material and further process it with rotary drum granulator to provide fertilizer efficiency and reduce harm at the same time.